Thousands of pro-family Americans gathered on Capitol Hill on April 25 to participate in the March for Marriage 2015 and defend the sacred union between one man and one woman.

"The outpouring of support from the faith and pro-family communities has been amazing, and is a reflection of how important we see this opportunity to demand of the justices of the US Supreme Court that they respect our values and our votes in support of preserving marriage as the union of one man and one woman," said Brian Brown, president of the National Organization for Marriage.

It is no secret:  The liberal media -- CNN, CBS, MSNBC -- would rather pretend this march never happened.  They only like to talk about same-sex counterfeit "marriage."

To break that media silence, please share this video.

We must continue to pray and fight for the future of the family as the U.S. Supreme Court plans to rule on the issue of same-sex "marriage" in the near future and many fear that America might be handed another disastrous decision similar to Roe v Wade. 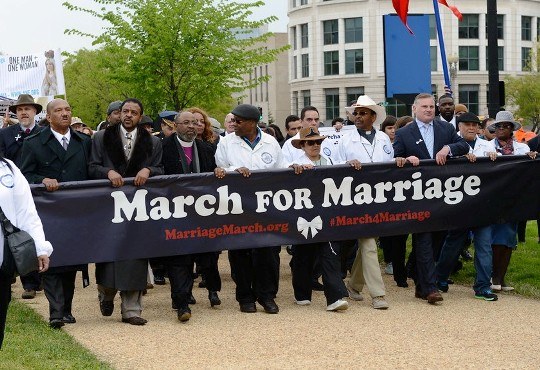