Today we did two campaigns in Youngstown and Stow, Ohio. Both campaigns took place at busy intersections. As we held the “Honk for traditional marriage” signs, many cars honked their approval.  The good reception was steady.  During the campaign, a man approached.  He loudly and repeatedly attacked the Catholic Church and asked "why don't you go help at a soup kitchen?"  TFP volunteer, Peter Miller, explained how poverty is frequently the product of broken homes.  Therefore, one of the best ways of fighting poverty is to promote strong families firmly united by husband and wife, 1 man and 1 woman. 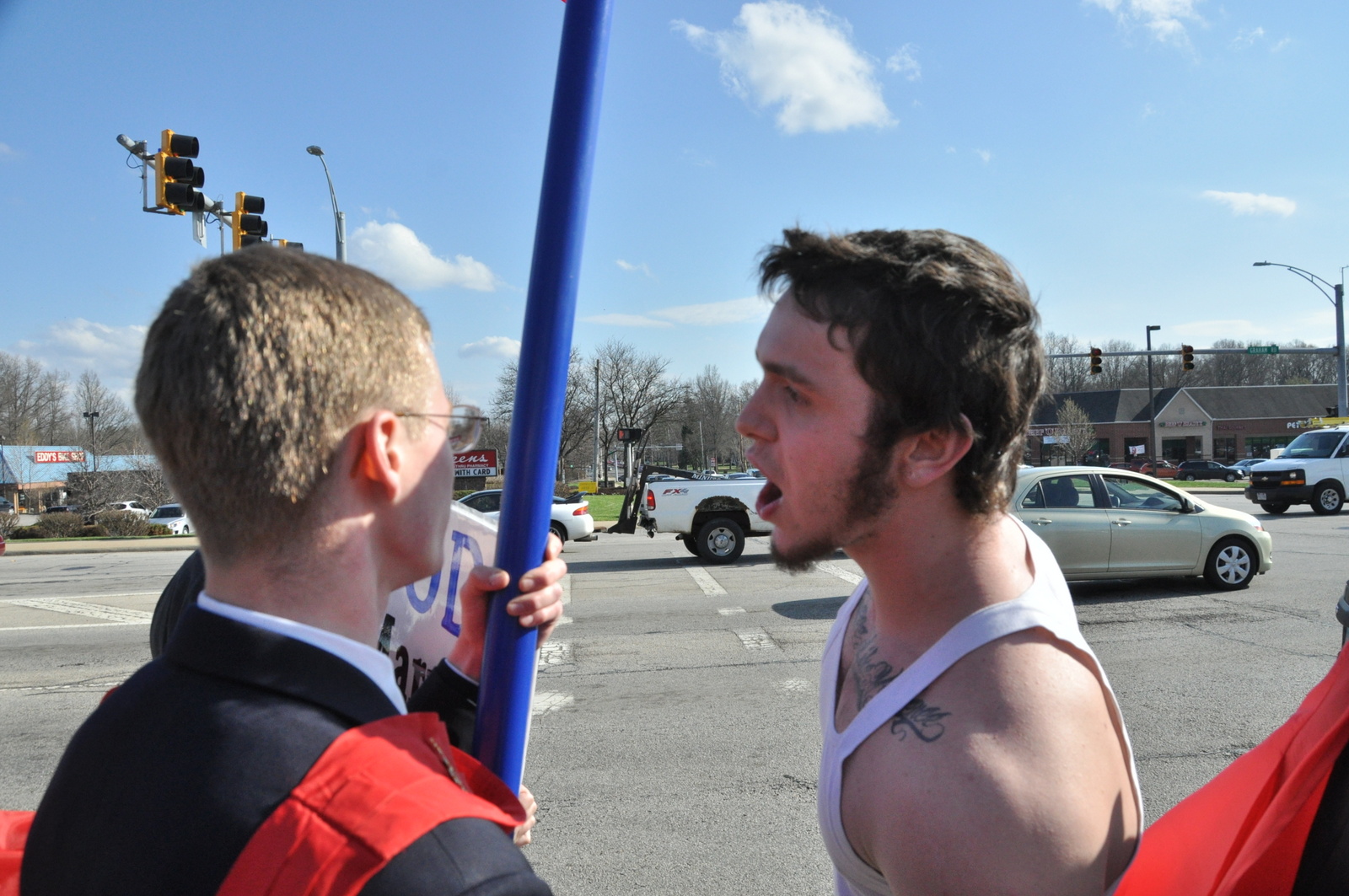 Getting even more agitated, the man insulted the name of God and mocked the Virgin Mary. Then he called the police to complain about our peaceful demonstration.  Three police cars pulled up.  The leading officer, hearing all the honks for marriage, said with a broad smile: "You have this place in a raucous, but that's fine.  You're fine.  Keep doing what you're doing."

No sooner had we ended when rain started pouring down in torrents. We were just packing the banner and signs back in the van when the rain started in earnest; a few of the volunteers got drenched in the process.  No problem.  We dry off.  But the signs need to last longer. 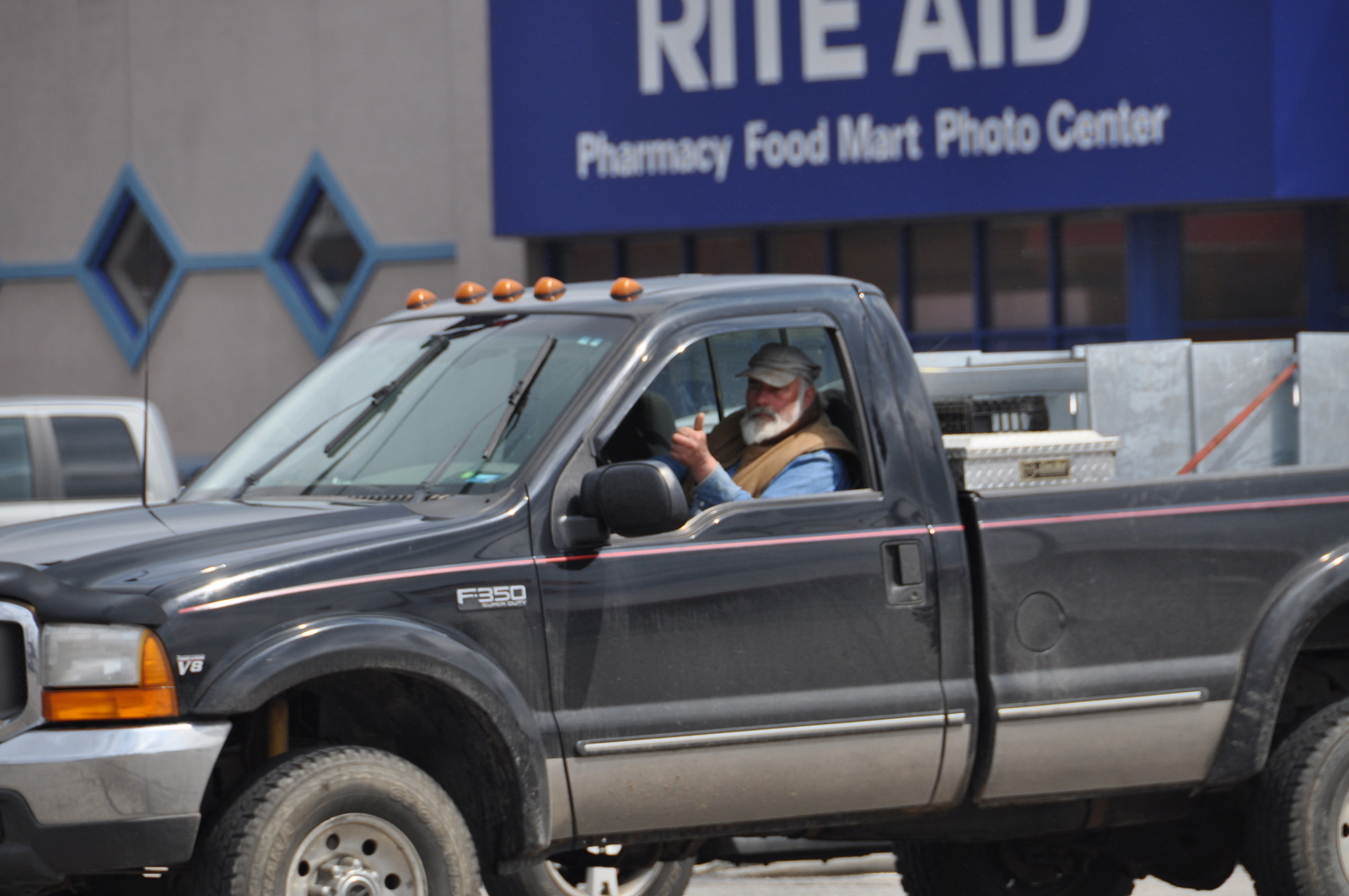 The second campaign was more… intense. It took place after lunch on a similar busy intersection in Stow. As we held the banner, we waved at passing cars as they honked or otherwise reacted to the campaign. Suddenly, an egg came flying towards Gabriel Jordan and hit the sidewalk directly in front of him. Fortunately it did not hit anyone. 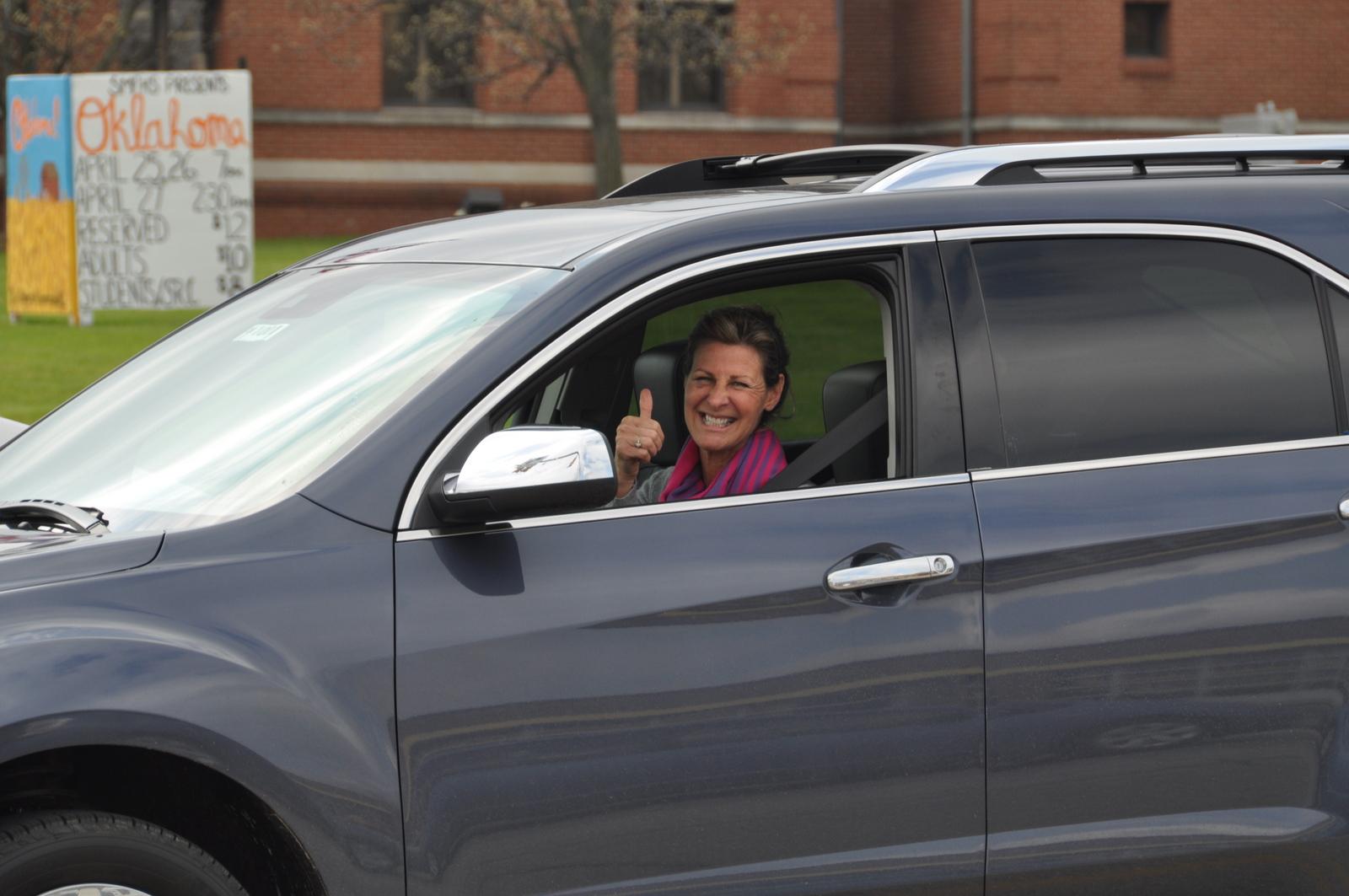 Within a few minutes, another projectile, a water bottle, came flying towards us and hit both a sign and Oliver Plunkett's leg with a thud.  A cowardly act.  A few minutes later someone else yelled obscenities at Joseph Bogowith and threw a bottle at him. However, the pro-homosexual advocate had the obscene gall to fill the bottle with urine.

We called the police and gave them the appropriate license plate numbers of the cars that had thrown objects at us.  But the rage of the those who oppose natural marriage did not abate.  A Kent State student attempted to provoke a physical confrontation with us.  He got right up in our face and screamed the most obscene vulgarities.  He wanted to fight.  John Ritchie got his attention and forcefully told him to have some respect. The young man responded with an obscenity, and tried a different tactic. “What in the world is a sign like that [pointing to the Honk! sign] going to do?  You think you are going to change people with something like that? That is completely ridiculous. No one cares for such a (expletive) thing.”  How ironic: "If it is not a big deal, don’t worry about it then. Why would it make you so mad…” He finally left saying, “Have a nice day, (expletive) you!”

A small counter-protest formed across the street a sign: "Haters are going to hate."

As we walked towards the van, all of the counter-protestors attempted to follow us, some yelling obscenities (not arguing logically, though). We made it to the van, but it was not finished here. A pro-homosexual drove up, screeching to a halt behind our vehicle. He, like most of the other opposing people today, uttered vulgarity after vulgarity, expletive after expletive.

As we finally broke away and got in out vehicle, he drove past us and spat on the van window. That's how tolerance and equal rights plays out in real life. This seems to be a reoccurring theme during these campaigns; that for the homosexuals, tolerance is a one way street. Anything goes; as long as it is in favor of their movement to dismantle the meaning and nature of marriage and family. Anything against it is “hate” and “bigoted” or many times they simply revert to obscene gestures and words.

On a more positive note, a high school student came up.  "So, you're against homosexual 'marriage'? Great.  Can I join you?"  He picked up one of our signs and joined us.

Saint Joseph, Head of the Holy Family,
Pray for us! 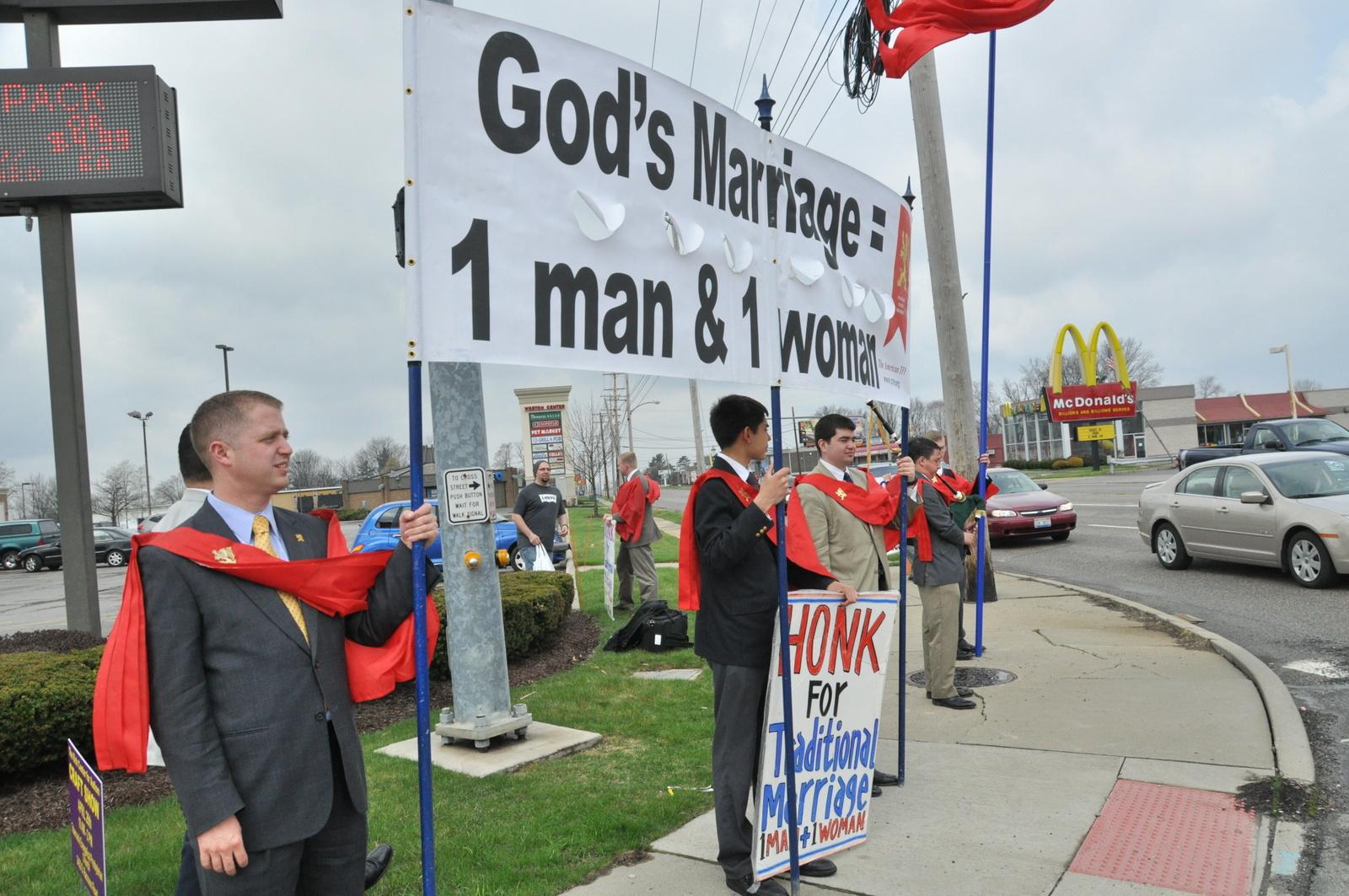