The Latin adage grasps reality so well, talis vita, finis ita.  That means the way you live is the way you die.  If one lives well, a good death is likely with the grace of God.  Whereas those who live a sinful life are unlikely to make a last minute conversion and die well.

The saints stand apart. They embrace death with confidence, even joy.  They know what awaits every faithful soul who heroically fights the good fight on earth: Heaven.  The ten saints here featured display such a high degree of union with God and the Blessed Virgin Mary that they already seem to experience a foretaste of Heaven on their deathbed.

Their last words prove that a life of heroic virtue, united with the Cross of Christ, is the source of true happiness in this life and in the next.

Saint Andrew the Apostle
Last words: “I know the virtue of Thy Holy Cross.” 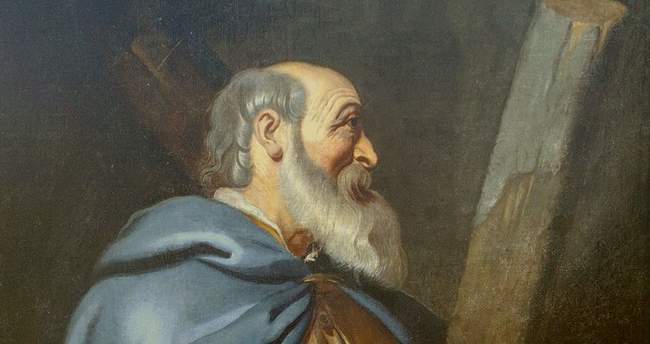 At his crucifixion, Saint Andrew composed the following prayer:

“O most beautiful Cross that was glorified by carrying the Body of Christ! Glorious Cross, sweetly desired, ardently loved, always sought, and finally prepared for my heart that has so long awaited you. Take me, O Cross! Embrace me. Release me from my life among men. Bring me quickly and diligently to the Master. Through you He will receive me, He, Who through you has saved me.”

The holy Apostle continued:  “Lord, eternal King of glory, receive me hanging from the wood of this sweet cross. Thou who art my God, whom I have seen, do not permit them to loosen me from the cross. Do this for me, O Lord, for I know the virtue of Thy Holy Cross.” 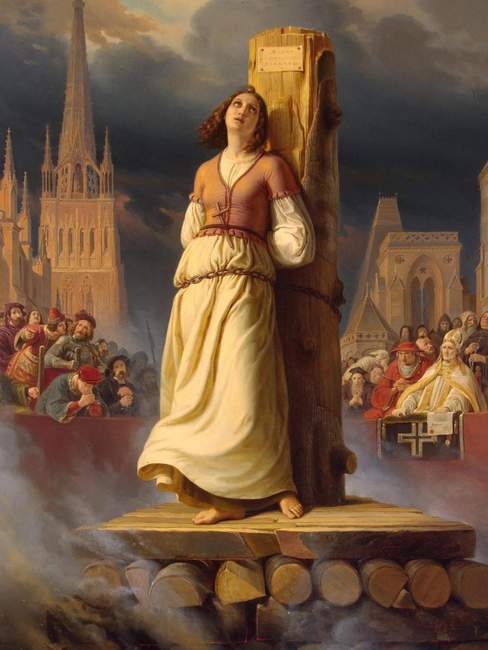 Fr. Jean Massieu, an eyewitness, recounts how Saint Joan died as she burned at the stake: “…she uttered pious and devout lamentations and called on the Blessed Trinity, and upon the blessed and glorious Virgin Mary, and on all the blessed saints in Paradise.”

The judges and several Englishmen who saw Saint Joan of Arc face death were so profoundly moved that they wept.  Her enemies “recognized God's hand and made professions of faith when they saw her make so remarkable an end. And her last word, as she died, was a loud cry of 'Jesus'."

The fire consumed her body but her heart remained miraculously intact. 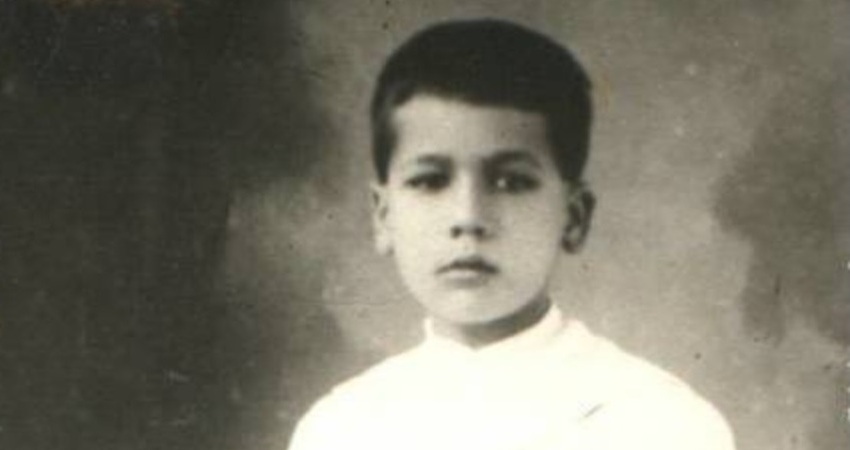 After valiantly fighting for the Cristeros, Saint Jose was captured.  While the socialists barbarically tortured the 14-year-old boy with sharp machete blows, the godless soldiers screamed, “If you shout, ‘Death to Christ the King’, we will spare your life.”

His firm reply remained the same: “Long live Christ the King! Long live Our Lady of Guadalupe!”  Although his torturers pierced his body with bayonets, with every stab, he shouted louder and louder: "Viva Cristo Rey!" 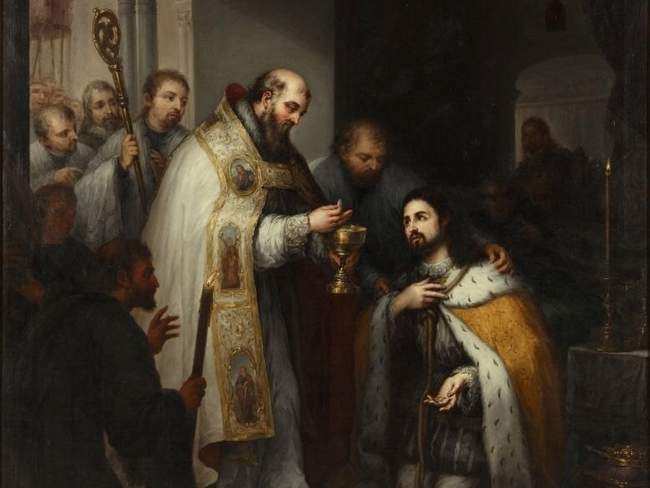 Before his death, Saint Ferdinand made a public confession of his minutest sins from his boyhood to the imperfections of that day.

Then he called his eldest son, saying, “Son, you will be rich in land and in many good vassals… Try to do good and to be good: I leave you lord of all the land this side of the sea that the Moors won from the Visigoth King Roderick… If you maintain the boundaries of the state as I am leaving them to you, you are as good a king as I; if you conquer more, you are better, and if the boundaries decrease, then you are not as good as I.”

Addressing those at his bedside, he continued: “If, through my fault, you have any complaint, please forgive me for it.”

Then he took the candle with both hands, and somehow found strength in moral energy to lift it on high while he said: “Lord, naked I came out of my mother’s womb which was the earth, and naked I offer myself to her; and, Lord, receive my soul in the company of Thy servants.”

In a rapture of joy, the saint ordered: “Sing the Te Deum!” 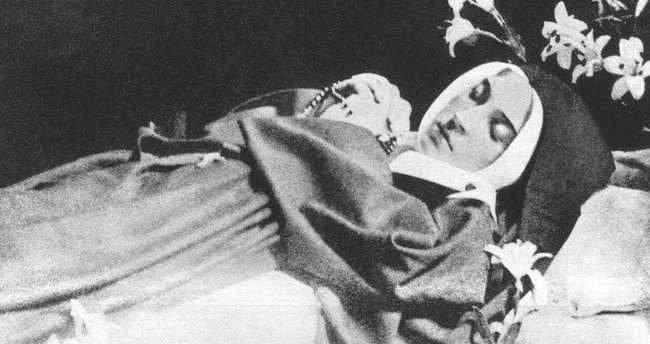 Already on her deathbed, St. Bernadette “gave a loud cry and with her eyes looking up to heaven and her arms stretched out as on a cross, she said, ‘My God.’ A tremor of reverence mingled with fear passed through the three nuns, who were still kneeling…. She repeated twice; ‘Holy Mary, Mother of God, pray for me, poor sinner.’”

“Poor sinner” were the last words of the French saint who saw Our Lady at Lourdes.  She expired holding a crucifix against her heart. 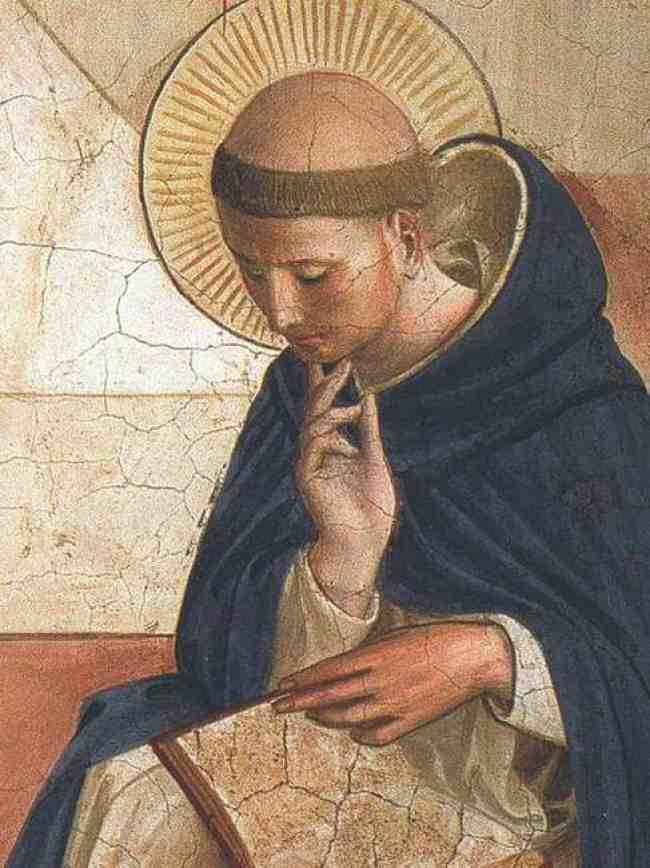 Saint Dominic preached against the Albigensian heresy and promoted the holy rosary.

At his last hour, he made a “general confession to Father Ventura, and when it was finished, he added, addressing himself to the others, ‘Thanks be to God, whose mercy has preserved me in perfect virginity until this day: if you would keep chastity, guard yourselves from all dangerous conversation, and watch over your own hearts.’”

He followed the prayers the best he could by moving his lips.  As the words of the Subvenite Sancti Dei were pronounced, the saint “stretched his arms to Heaven and expired.” 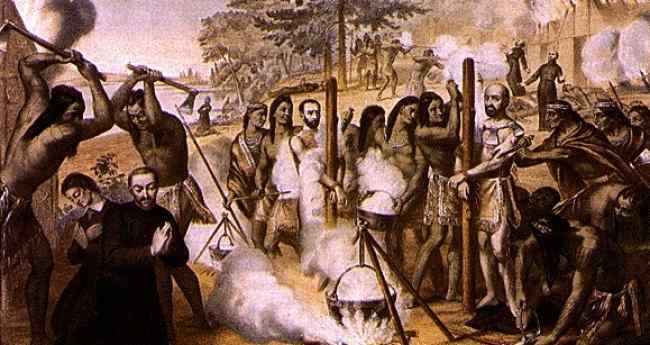 “…I sensed some foreboding of what would happen and said to René: ‘My dear brother, let us commend ourselves to our Lord and to our dear Mother, the Blessed Virgin Mary. I am afraid these Indians have some evil design…
“A few minutes earlier René and I had offered ourselves to Our Lord with intense devotion. We begged God to accept our lives and our blood, and to unite them to His life and His blood for the salvation of these pagan tribes. We were returning to the village, praying our Rosary…

“We paused at the gate of the stockade to hear what the two Iroquois had to say. One of them drew a tomahawk from under his blanket, and dealt René a blow on the head. René fell prostrate to the ground, uttering the holy Name of Jesus, Jesus, Jesus. We had often reminded each other to end our speech and our lives with that most holy Name…” 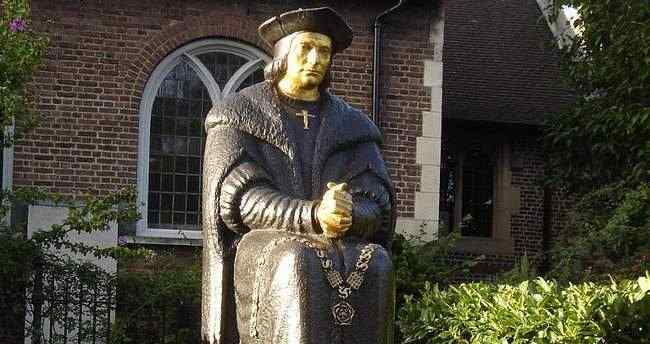 As Chancellor of England, Saint Thomas More refused to support King Henry VIII divorce and immoral remarriage.  His fidelity to the Church did not waver.  Finally, the King accused him of high treason and sentenced him to death.

“His words were brief but they were to be immortal. He asked the crowd to pray for him and to bear witness that he was dying “in and for the faith of the Holy Catholic Church.” Then came the ever-to-be-remembered and glorious affirmation that he “died the King’s good servant but God’s first." 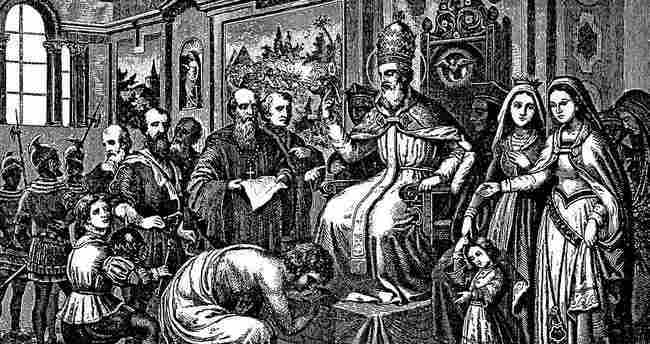 Pope Gregory VII was a great reformer. The pope’s holy decrees, however, enraged the Emperor Henry IV so much that he invaded Rome.  The saintly pope was forced to flee. 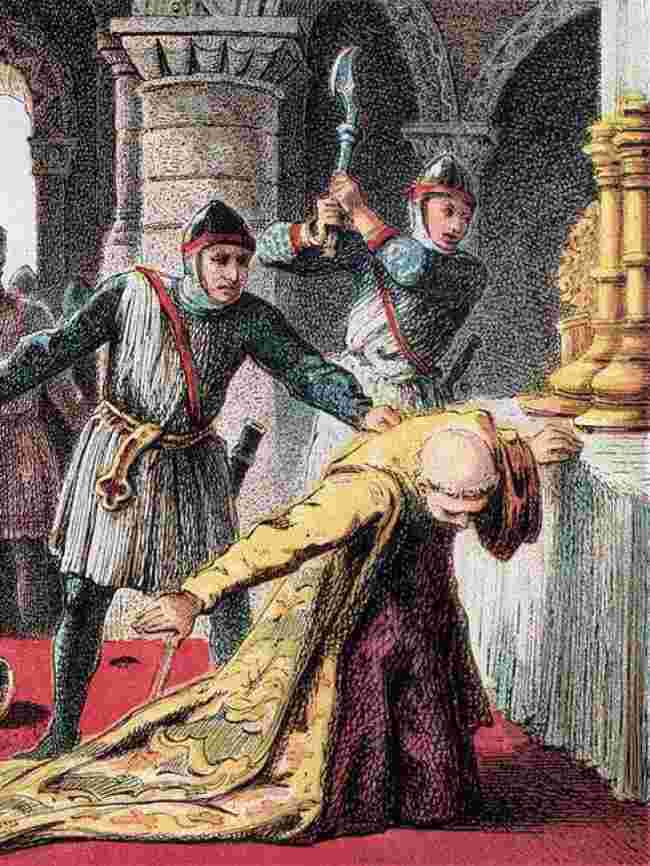 When King Henry II of England attacked the rights of the Catholic Church, Saint Thomas Becket, Archbishop of Canterbury, had the courage to oppose him.  After years of conflict, Henry II angrily said: "Will no one rid me of this turbulent priest?"

Four knights who knew what the king wanted entered the Cathedral while St. Thomas was praying Vespers, and yelled, “‘Where is the traitor?’ The saint boldly replied, “Here I am, no traitor, but archbishop and priest of God.”

Edward Grim, a witness, recorded his last words: “For the Name of Jesus and the protection of the Church I am ready to embrace death.”