A basic principle of the Green Movement is the flawed idea that modern man, and especially Western Christian man, is oppressing and exploiting the Earth. Whether by building cities, cultivating farmland, or burning coal, modern man is slowly killing our planet. The only way to reverse this trend, so they say, is to radically change the way people think of themselves and their relationship with the natural world. Essential to this transformation is the way we produce and consume energy.

Thanks to this philosophy and political pressure by moneyed ecological organizations, governments around the world have spent billions of dollars on so-called “renewable” energy, especially solar and wind power. So many wind turbines have been built in the United States that few people have not see one. Below is a photo of a wind turbine farm, the Alta Wind Energy Center in California, the largest in the country. 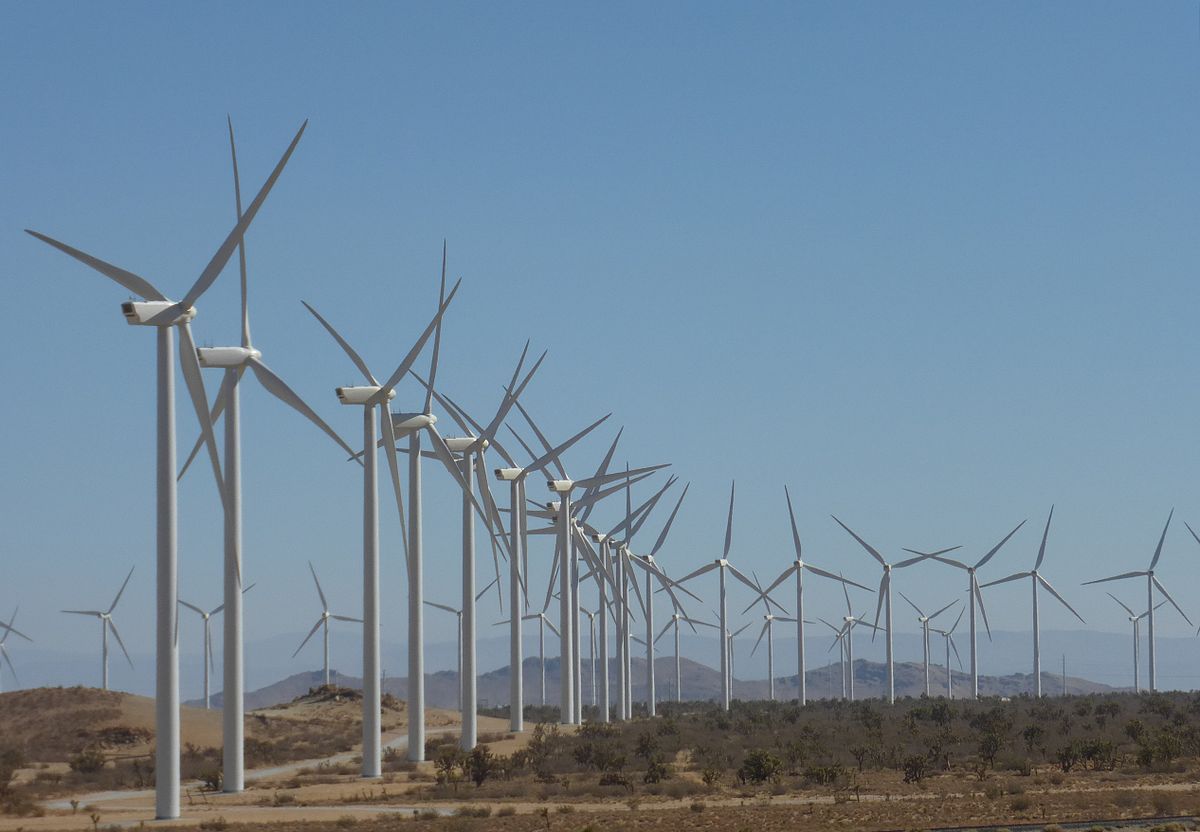 The Alta Wind Energy Center in California, the largest in the country. Z22/Wikimedia - CC BY-SA 3.0

Like the movement to fight “global warming,” “renewable” energy is more about politics than science or economics. Many people hesitate to criticize it publicly and expose themselves to ridicule. However, these wind turbines have become a symbol of sorts. They represent the spirit and values system of our post-modern, post-Christian society.

If there is one thing about wind turbines that nearly every decent American could agree with, it is that they are extremely ugly. Their thin construction leads an observer to question how such a gigantic structure could possible hold itself together. Their drab, gray, metallic exterior only adds to their inorganic foreignness. The turbine blades don’t catch the air gracefully, but rather seem to wage a perpetual knife fight with it.

One could be forgiven for thinking that some race of aliens secretly placed them there as monuments to overawe mankind with their "superior" technology. Nothing in these turbines reflects a distinctly human touch or reflects anything of the national character. There is nothing in their design to indicate that they were made in the United States as opposed to, say, China. Nothing about them reflects the colors, materials, or shapes of the world upon which they were built, the personality of the engineers who designed them, or the craftsmanship of the workers who built them.

Contrast these modern wind turbines with the De Adrien windmill in Haarlam, Netherlands.

Traditional windmills like this one not only performed practical functions but served as cultural monuments which were valued far beyond their role in economic production. Their unique design were representative of the spirit of the local people. Locals could proudly say that their great-great grandfather helped build them. Unlike modern turbines, which are so ugly and noisy that they are built far away from populated areas, this windmill doesn’t crush or overwhelm man or the natural world. On the contrary, it has a calming, relaxing influence on the observer. No one finds it unpleasant in the middle of a populated city. 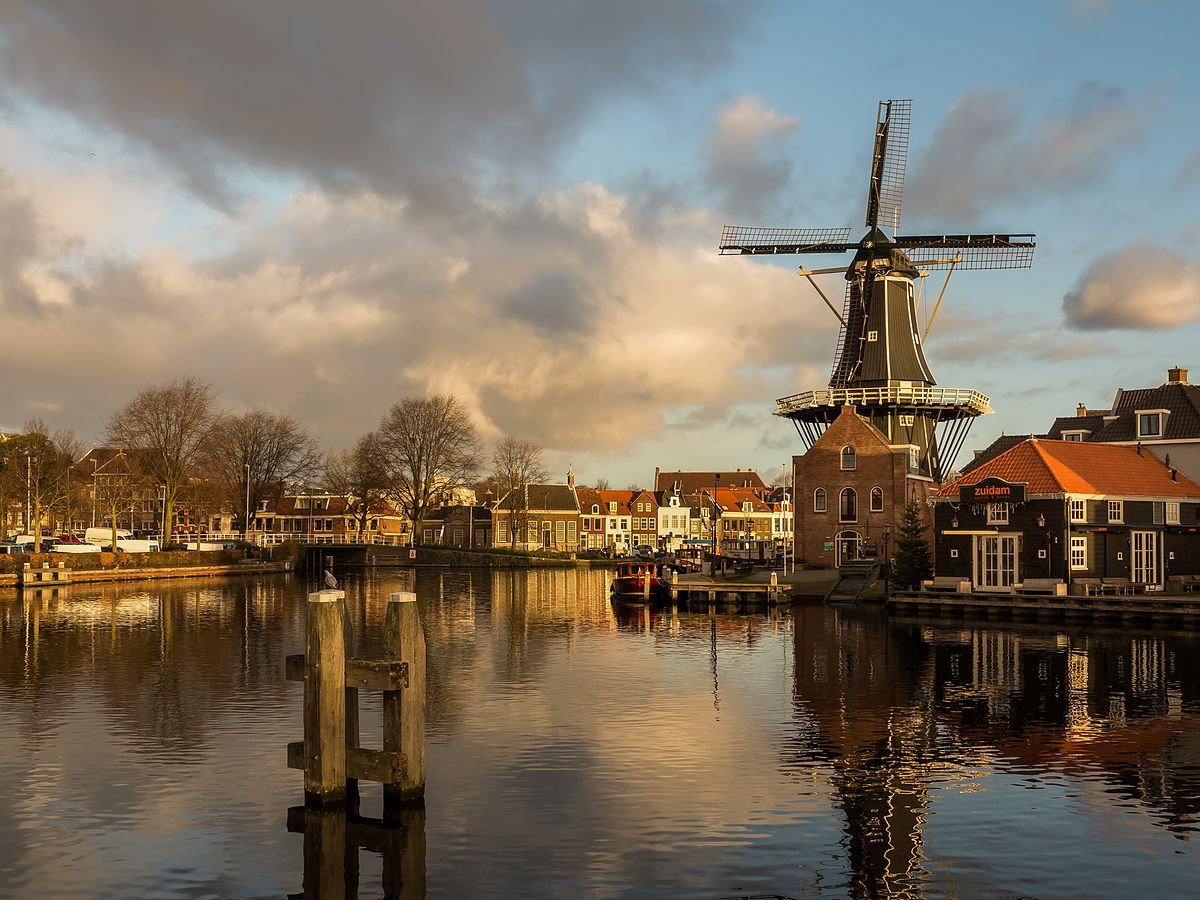 Like so many things in our world, wind turbines are monuments to efficiency, practicality, and material production. Their design, no doubt, is the pinnacle of wind turbine technology. They probably extract energy out of the air more efficiently than any other windmill in history. There is nothing wrong with efficiency and practicality per se. We Americans are a practical people and take legitimate pride in our ability to solve practical problems. But the error of our times is to turn efficiency, practicality, and material production into supreme values that completely exclude other, more important needs of the soul such as beauty, harmony, elegance, hierarchy, organicity, and proportion, among others.

These wind turbines are one of the great contradictions of our times. Radical ecological groups in the 1980s and 1990s such as Earth First! would often sabotage logging equipment to preserve the wilderness from the supposed corrupting influence of man. For them, the act of harvesting the Earth’s resources is inherently destructive to the beauty of the natural landscape.

Today, the very same ecologists promote wind turbines in order to "save" the Earth from the harmful effects of mankind’s hydrocarbon-based technology. Yet few structures so completely mar a beautiful landscape like a wind turbine farm. Instead of having a single power plant that is virtually never seen by the majority of people, we have vast fields of ugly wind turbines that destroy the beauty of the landscape that God created. Ecologists are disfiguring the Earth in the name of saving it.