Among other things, this video captures a discussion at Johns Hopkins University between TFP Student Action volunteers and students who use relativism to justify their support for same-sex "marriage."

Some college cultures soak their students in the witches brew that "everything is relative," that nothing is true or certain.  The only exception to the rule of relativism is relativism itself.  Relativism is the only acceptable absolute.  Unfortunately, as the video painfully illustrates, students fall for it to the point of believing that men can "functionally become cows" and cease being men, if majority opinion were to subscribe to that illogical idea.

However, to deny the difference between good and evil, truth and error, right and wrong is the apex of immorality, as it constitutes the essence of moral relativism, which is a real danger for it undermines definition, dignity and direction... and higher learning.

The footage was taken on Oct. 23 as TFP volunteers distributed their flier, 10 Reasons Why Same-Sex "Marriage" is Harmful and Must Be Opposed

Watch the video and see the relativism and other "liberal" arts one can acquire while spending $47,000 a year, the current tuition at Johns Hopkins University. 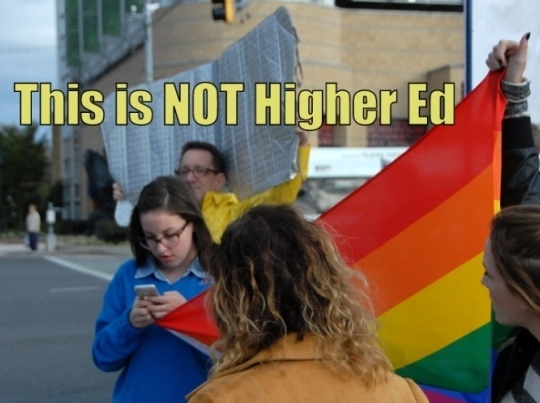