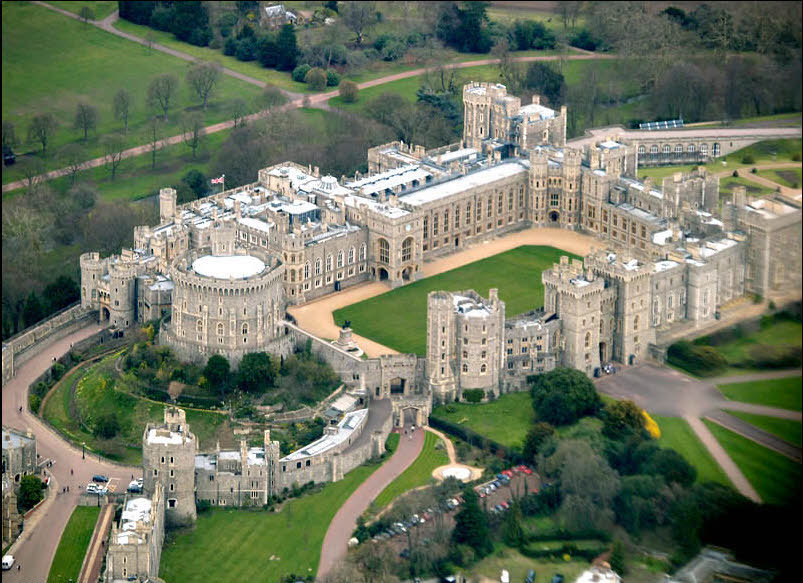 Consider the aerial view of Windsor Castle shown in the upper picture. The first impression one has is of a setting for a fairy tale — the immensity of the edifice, the marvelous variety of its parts, the delicacy and strength affirmed in all of them, everything suggests that one is in the presence of some­thing that goes far beyond daily reality.

This edifice, this fantastic set of edifices, is at one and the same time the symbol and treasure chest of an institution: the British royalty. In this symbol, like so many others of traditional England, the appearances do not as yet bear the mark of Protestantism, liberalism, or socialism. What is expressed in these granite forms is still the medieval and Catholic concept of the divine origin of public power, the true majesty that should surround any political regime, and the paternal mark that should char­acterize it.

Paternal mark, we say. This castle does not aim to show mass, but talent. It was made not to intimidate, but to enchant.

The subject who contemplates it does not tremble at its sight; he does not feel like fleeing, but like entering.

The relations between the great ones and the small ones are influenced by this ambience. The nobility of the lord is transmitted to his servant. Thus the immense kitchen of Windsor, which is very authentically a kitchen, is indisputably a high, noble, and worthy kitchen of a castle, one that communicates something of the royal dignity itself to the humble, servile activity of the cook and gives it a splendor that is, as it were, regal.

This is because in Christian civilization the grandeur of the lord does not humiliate the servant — but elevates him. 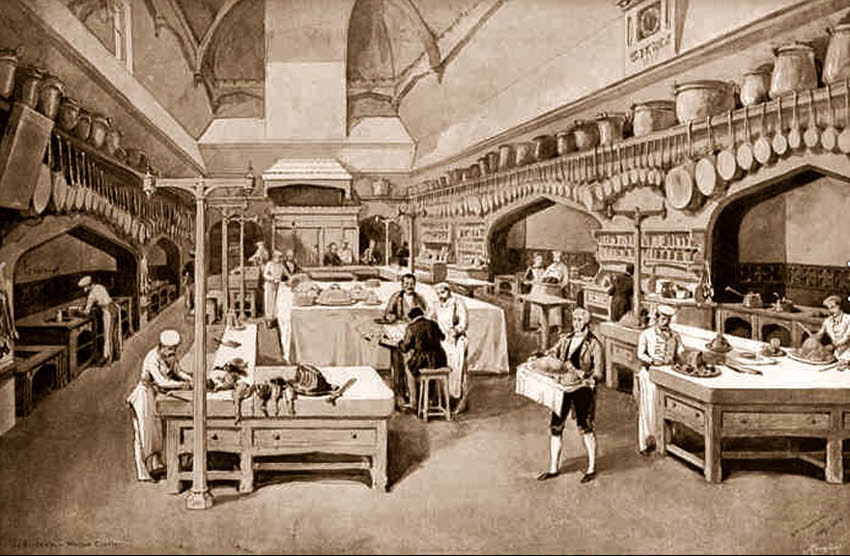 (*) This article was originally published in the magazine Catolicismo, Issue #104, August 1959. It has been translated and adapted for publication without the author's revision. –Ed.