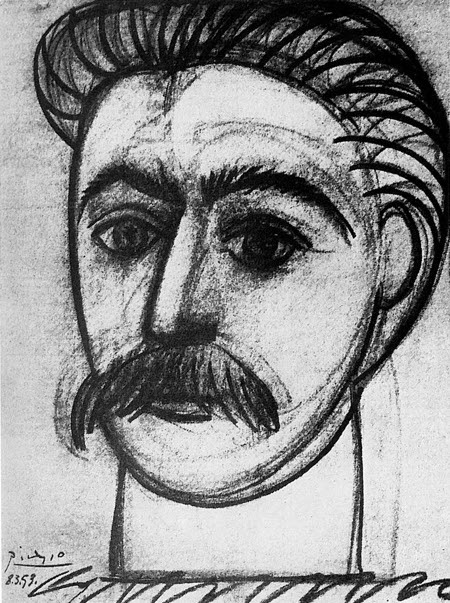 When Stalin died, the Communist painter Picasso made a portrait of him that we reproduce above. “L'Humanité”, the Red daily of Paris, published his painting.

However, Moscow condemned it. This was because the Communist canons of art hold that a portrait must look like a photograph as much as possible. Interpretations expressing a subjective and individualist mentality are deemed incompatible with socialist collectivism. In fact, Picasso's portrayal of Stalin’s face is very subjective.

A much more realistic portrayal can be seen in the photograph taken of him in Tehran in 1943, alongside Roosevelt. One would say that Stalin looks like a doorman of a hotel all decked out in his new uniform, proud to enjoy some fresh air for a few minutes alongside a distinguished guest who consented to converse with him a little. 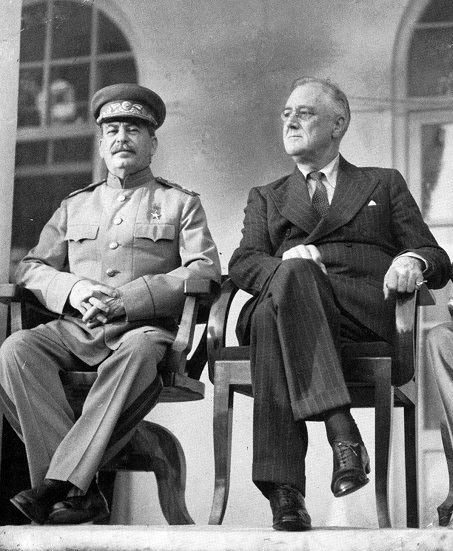 Roosevelt and Stalin in Tehran (1943)

The communists understand the fact that any vast system of philosophical, social and economic ideas necessarily must also give its characteristic stamp to art. This can be good or evil depending on whether the system is true or false. Thus, collectivism must produce its own particular kind of art.

In our commentary on “Ambiences, Customs and Civilizations," we have sought to apply this same principle to Catholicism. By the simple fact that we are Catholics, our art cannot reflect Communism or Western neo-paganism. Nonetheless, our commentary emphasizing this fact through examples often encounters, along with so much applause, much resistance by those who are deformed by liberalism. May the consistency of our adversaries be a lesson for them.

(*) This article was originally published in the magazine Catolicismo, Issue #35, November 1953. It has been translated and adapted for publication without the author's revision. –Ed.