Through tall stained glass windows comes abundant but soft streams of light. This light is reflected everywhere: on the floor, the polished metal of the weapons and suits of armor, and the bronze and crystal of the immense candelabras. It even seems to touch with difficulty the ceiling ribbing and paintings overhead. The strong yet elegant columns, with their coherent, distinct, and suave lines, open up like immense palm trees that protect the hall with their fronds of stone. The hall is strongly impregnated by a special ambience that invites one to repose without idleness or dissipation. Rather, it is a repose imbued with gravity, reflection, equilibrium and strength.

The armor and the stuffed deer enrich this ambience recalling the prowess of the hunt and the battlefield. The carved wood paneling with its elegance and warmth breaks the austerity which the stone alone perhaps would have had to the extreme. In the back on a pedestal is a statue of a saint which draws one’s thoughts toward Heaven.

This hall undoubtedly reflects a mentality that may be pleasing to some and perhaps displeasing to others. However, it expresses an admirable arrangement of colors and forms. It is a hall designed for daily use in civil society which presents an ambience in which most of us would feel at ease living our daily lives. 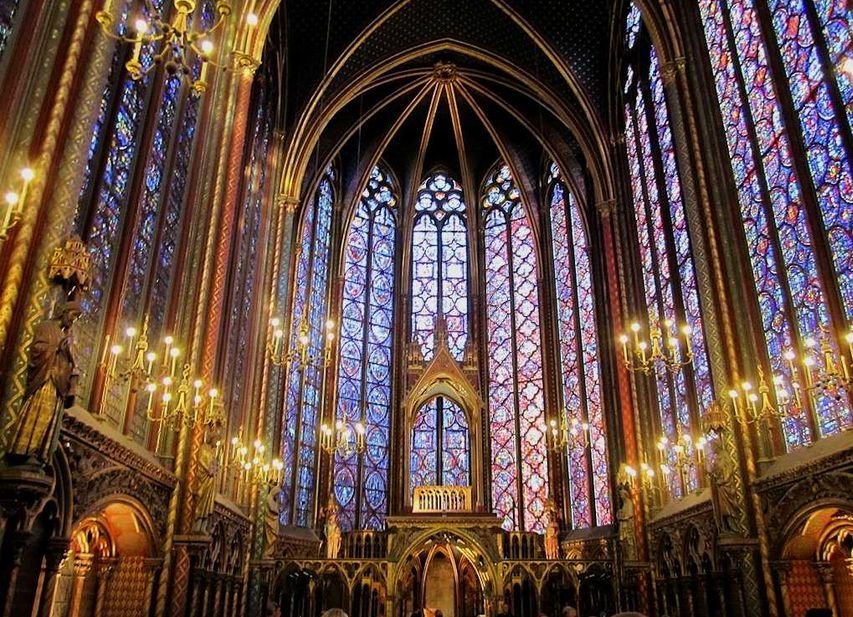 The Sainte Chapelle in Paris was constructed in the thirteenth century by Saint Louis IX, King of France, to house some of the thorns from the Crown of Our Lord Jesus Christ. It expresses the same mentality as the hall, even though it is not turned toward daily life in society, but rather toward prayer. Its note of elegance touches on the sublime. These differences however do not cause it to lose any of its plenitude of strength, equilibrium, gravity and recollection.

Over the centuries, religious, artists and pilgrims have seen an archetypal expression of the Christian soul in the Sainte Chapelle. This is seen in the ambience contained therein. It can also be discerned in the mentality so well expressed in its lines, colors, forms, and general design.

Both the hall and the Chapel are Christian. What makes them Christian is not only the effect of the religious images and symbols found there. Rather, it is more by the ambience that one imbibes there and the mentality that is the basis of this ambience.

From these observations, one arrives at a broad concept. A work of art is not Christian by simply being covered with symbols of our Holy Religion, just as a man does not become a monk by simply wearing a habit.

To be called genuinely Christian, the pulsating soul that shows through in the work of art must be Catholic. And a Christian ambience does not only impregnate buildings destined for worship, but any place where one sees in its design that unmistakable mark expressed by a truly Christian soul in everything that he does.

(*) This article was originally published in the magazine Catolicismo, Issue #24, December 1952. It has been translated and adapted for publication without the author's revision. –Ed.