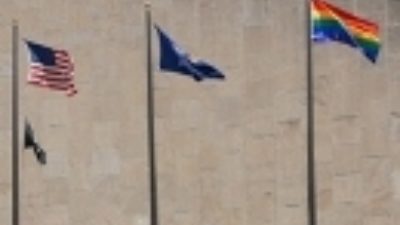 The campaign in Binghampton, New York, yesterday had an interesting twist. As we raised the American flag to begin our efforts in favor of traditional marriage, a group of people standing on the opposite side of the street – in front of City Hall – were about to hoist the very symbol of the opposition: a rainbow flag, with the approval of city mayor Matthew Ryan.