The afternoon sun beat down relentlessly on the busy intersection. Above the din of car horns and semi-truck engines, the sound of bagpipes and singing drifted on the breeze. A group of 17 young men, gathered under an American flag, held signs which stated, "God's Marriage = 1 man + 1 woman." They held the public's attention during rush hour on Broadway and the Loop which saw thousands of cars drive by.

These young volunteers of the American Society for the defense of Tradition, Family and Property (TFP) and Tradition, Family, Property--Louisiana are happy spending time on the hot streets of Texas rather than on the hot beaches of the gulf. And the reaction of the public confirmed that they had made the right choice.

"Everyone needs to start doing what you're doing!" exclaimed a married couple who had pulled over to meet with the young men.

A young man pulled off the road, walked up and said: "I honked from my car, but I wanted to come out to shake all your hands. Keep it up." 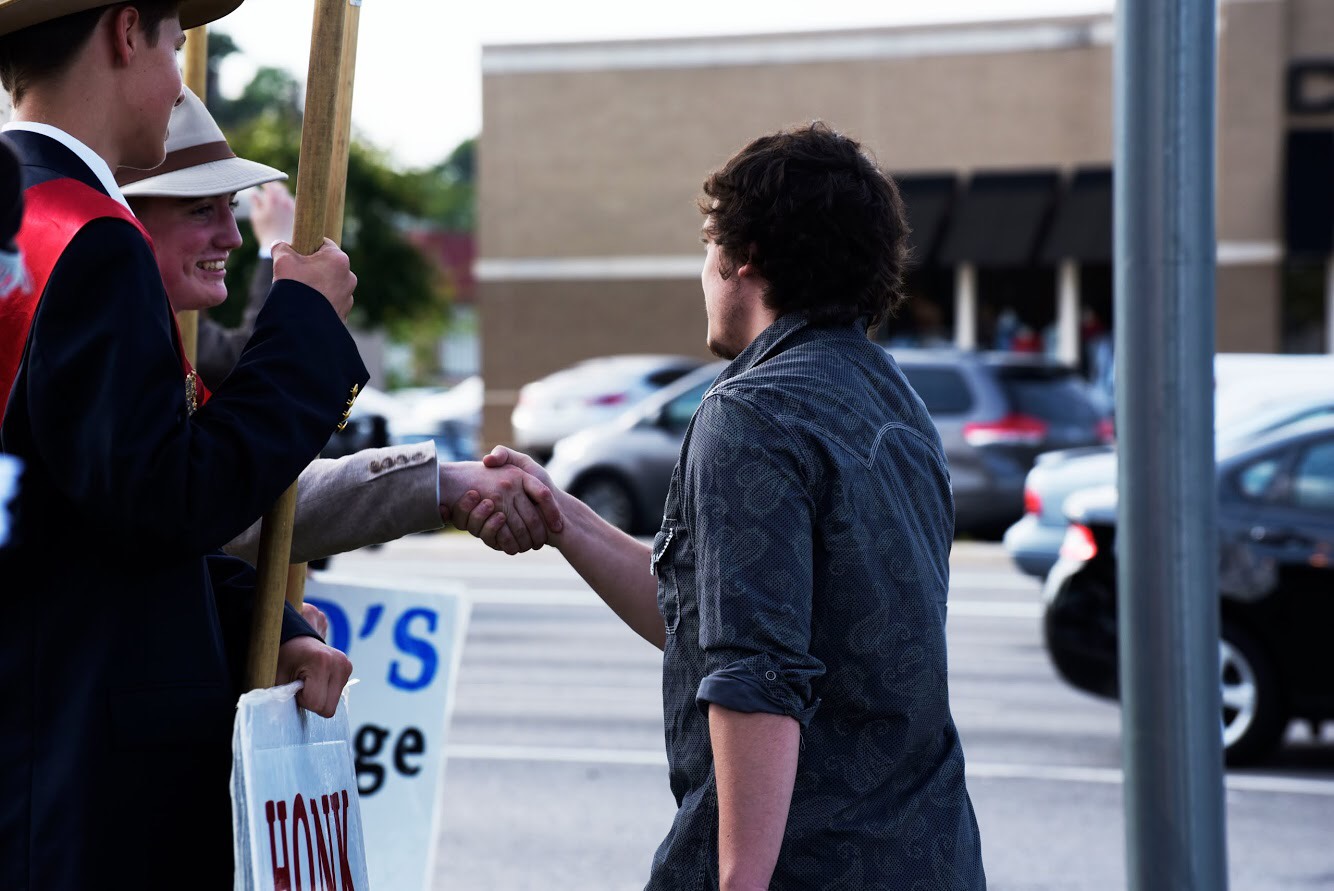 Meanwhile, those who couldn't stop showed their support by enthusiastically honking car-horns and giving thumbs up. However, the effect of the TFP's pro-marriage display wasn't only confined to the street. "We saw your signs and didn't know who you were, but we honked and we're telling everyone in the restaurant to support you," said an older couple leaving IHOP.

Disapproval for the Supreme Court's decision is widespread. "God's not going to tolerate what's going on much longer," one man said from his truck window. He added, "That display of the rainbow flag on the White House was ridiculous."

Three police officers approached the campaign. "How's it going guys?" the lead officer asked. "We got calls from people saying something about being disruptive, but I can already see that's not the case with you."

The peaceful demonstration continued, uninterrupted except for the constant support of car-horns and the cheers of marriage supporters driving by. The campaign in Tyler concluded with a prayer of reparation for the Supreme Court's decision to attack God and His plan for the family. It's only by returning to our Father's house that America, like a new prodigal son, will be redirected and restored.

God bless America and protect our great nation from the pro-homosexual dictatorship.