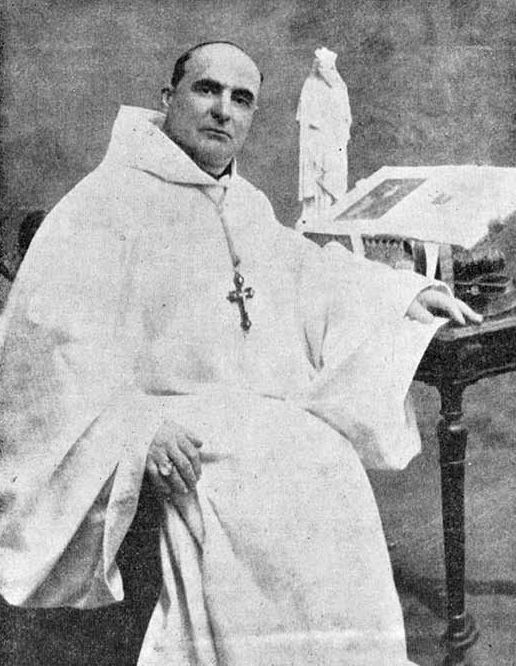 Public opinion in the Romantic era was attracted by refined, subtle and fragile souls. We would say exaggeratedly fragile, if fragility was not already in itself a defect and an exaggeration. In our days, when the struggle for survival of body and soul requires ceaseless effort, people’s admiration turns more frequently to powerful, strong, energetic and successful souls. And since everything human is subject to exaggeration, we are often inclined to glorify the physical strength of boxers and athletes or the almost hypnotic force of certain dictators as absolute and supreme values.

In this, as in everything else, a wholesome balance is required. And the Catholic Church, the fountain of all virtue, is the mistress of this equilibrium.

But strength and delicacy of soul are not incompatible as long as each is rightly understood. A person can be at the same time very refined without weakness and extremely strong without brutality.

Certainly there are few pious Catholics who have not read The Soul of the Apostolate, by Abbot Jean-Baptiste Chautard, the famous Trappist who lived in Brazil for some time in a vain attempt to found a monastery of his order in the State of São Paulo. Reading the admirable pages of that book calls to mind the unction found in The Imitation of Christ and shows the treasures of refinement of the abbot’s great soul.

Nevertheless, Dom Chautard was also a great fighter. Though he was a contemplative by vocation, Divine Providence required him to face many struggles. He successfully confronted Clemenceau, the celebrated anti-clerical prime minister of France who went down in history with the nickname "The Tiger." Clemenceau personified, as it were, all the courage and capacity of resistance of the French people during the First World War.

Dom Chautard impressed Clemenceau so much that the leader respected him until the end of his days. Here we see the strength of the man in his powerful personality, imbued with all the calm of a contemplative, the resolution of an iron will and the majesty of a robust and profound spirit entirely penetrated with the things of God. His gaze synthesizes, as it were, all these qualities. That noble and dominating gaze worked wonders. During a trip to the Orient, he came across a lion in a cage, looked at the wild beast attentively and hypnotized him.

All those who lived with the great Bishop Vital Maria Gonçalves de Oliveira, acclaimed his extraordinarily gentile manners and his great delicacy of soul. During his long struggle with Masonic-influenced authorities, Bishop Vital revealed a firmness that made him one of the greatest bishops the Church has ever had. His wide and noble forehead was vivified, as it were, by the breath of grand ideas, and by his vigorous and absolutely symmetrical eyebrows and likewise impressively well-designed and clear eyes. His gaze was calm, strong and profound, seeing everything from afar and accustomed to considering things in their highest, most transcendent, and therefore most real aspects. The line of his nose displayed indisputable frankness; he had a thick and manly beard and an upright bearing. Everything in Bishop Vital indicates a shepherd who ardently loves every one of his sheep, and for that very reason is capable of driving any wild beast from the flock. Dom Chautard was an outstanding Trappist and a model of the contemplative life, while Bishop Vital was a distinguished Capuchin and a model of the active life. Both of them were masterpieces of balance between strength and refinement; and they demonstrate well how Faith can vivify man with invincible energies in this century of struggle at every moment and in every aspect of life.

(*) This article was originally published in the magazine Catolicismo, Issue #52, April 1955. It has been translated and adapted for publication without the author's revision. –Ed.