Oklahoma City, December 19, 2015 -- Satanists plan to pour costume blood over a statue of the Virgin Mary on Christmas Eve in Oklahoma City.

The public desecration received a permit from City Hall and is scheduled to take place in front of St. Joseph Old Cathedral, a historic Catholic Church located in downtown Oklahoma City.Adam Daniels, who held a satanic Black Mass in Oklahoma last year, told The Oklahomant hat he intends to use fake blood "to add another layer of corruption to Mary, which is an emblem of the Catholic Church.”

In response, Catholics are calling mayor Mick Cornett to revoke the permit issued to the satanic group.  "This public attack against the Mother of God should be called out for what it really is: religious persecution," said Tradition, Family and Property spokesman, John Ritchie.  "Instead of feeding the flames of this new religious persecution, City Hall should revoke the permit immediately."

Within twenty-four hours, over 7,000 people have signed a petition, urging mayor Cornett to take wift measures.  Those who wish to join the petition may do so here.

"When U.S. soldiers defaced a Muslim book, government officials harshly penalized them," Ritchie noted.  "If someone were to request City Hall for a permit to pour pig grease on the Koran and burn it in front of the Oklahoma City mosque, would the permit be issued, as long as they swept up the ashes?  However, in this case, government officials are permitting a public attack on Christians.  When will the screaming double standard end?"

"Blasphemy is not free speech, nor is the physical desecration of Mary's statue," said Ritchie.  "As most Americans prepare to celebrate Christmas, satanists will be going out of their way to attack the Mother of God.  Not only does this gravely offend the Baby Jesus, but it also wounds countless Catholics who regard the Virgin Mary as their own mother."

"To attack anyone's mother is just wrong.  But what makes this hateful attack more heinous is the fact that it targets the pure and holy name of the Virgin Mary, in public, and on the doorstep of a Catholic Church," stated Ritchie.  "We reject this desecration of our heavenly Mother with every fiber of our souls and urge every American of good will to contact Mayor Cornett with a simple message:  Revoke the permit.  Stop the religious persecution."

TFP volunteers will hold a peaceful act of reparation at City Hall in Oklahoma City on Wednesday, December 23, from 12:00 Noon to 1:00 PM.  The holy rosary will be recited. 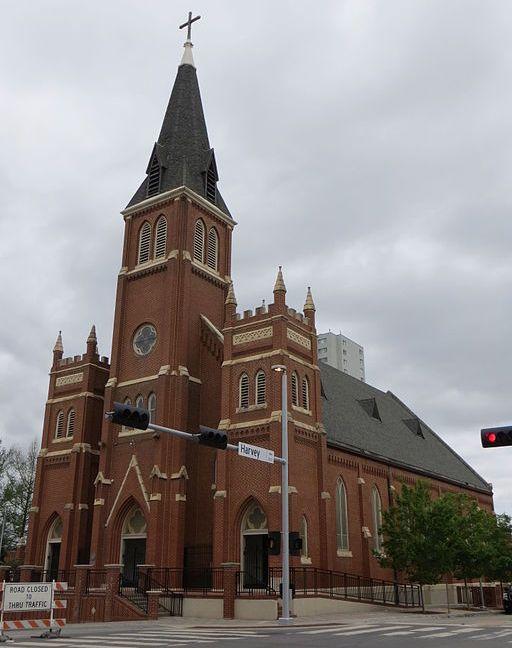