The following article was written in the fifties and refers to a communist youth movement existing at the time. However, one can apply the same logic of the article to modern anarchical movements who likewise adopt an amoral ideology and reject civilization. 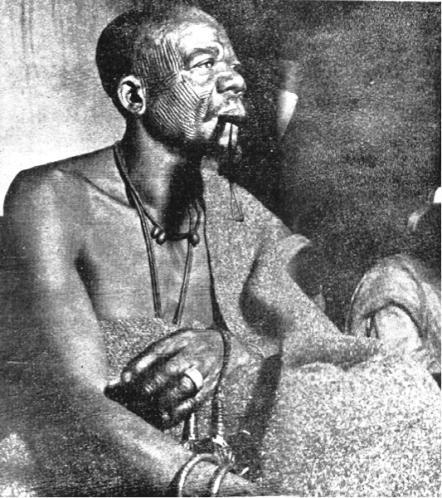 Habitually half-naked, and here covered only in a haphazard way, his whole physique reflects the hard and brutal struggle with a harsh environment. Physically he is very strong. On his face he bears the marks of a horrible scarring which he underwent to “adorn” himself. Thus, this poor child of the bush, touched only slightly by contact with civilization, manifests the natural exuberance of ungoverned human nature.

He is a barbarian, a pagan, whose nature has benefited neither from the divine action of the Church, nor from the aesthetic and refining influx of Christian civilization.

In spite of his appearance, which would make children tremble, he inspires pity. He is more like an exuberant and uneducated child than a criminal. 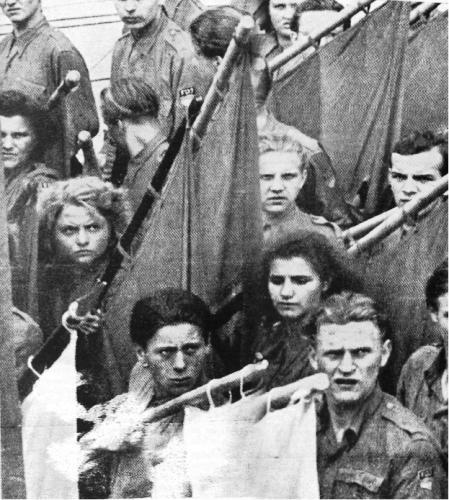 Here we see communist youths in a demonstration in Berlin. Their countenances, impregnated with hate, show the most sinister aspects of human nature and a most determined rejection of the tendencies and dispositions that a person acquires when well-mannered. Here we see hatred, distrust, the absence of any sentiment that dignifies or softens and the capacity to destroy and never to construct. What is even more shocking is an extraordinary lucidity and stability in this pessimistic state of spirit which is found in the proper soul of communism and reflected in the faces of these youths, victims of the infernal propaganda of Moscow.

They are the neo-barbarians in this era of neo-paganism. They are souls led astray by totally erroneous principles. Their instincts, unleashed by an amoral ideology, turn guns forged by civilization against civilization itself.

Theoretically, the question remains: Which of these two is more terrible? The fruits of apostasy are worse than those of paganism. One cannot be blamed for being ignorant of the truth; but there is always blame in repudiating it.

A communist government, when established in Christian nations, is an apostasy. And, as such, it carries more blame before God.

Laden with greater blame and more deadly arms, how can it not be more terrible?

(*) This article was originally published in the magazine Catolicismo, Issue #19, July 1952. It has been translated and adapted for publication without the author's revision. –Ed.