“Finally! Young men who are Crusaders! It gives me hope to see young men like you.”

Amidst the barrage of immorality and mediocrity in this post-modern society, 50 young men attended the 2015 TFP Call to Chivalry Summer Camp in Louisiana to learn about heroism, virtue and how to be true manly Catholics. 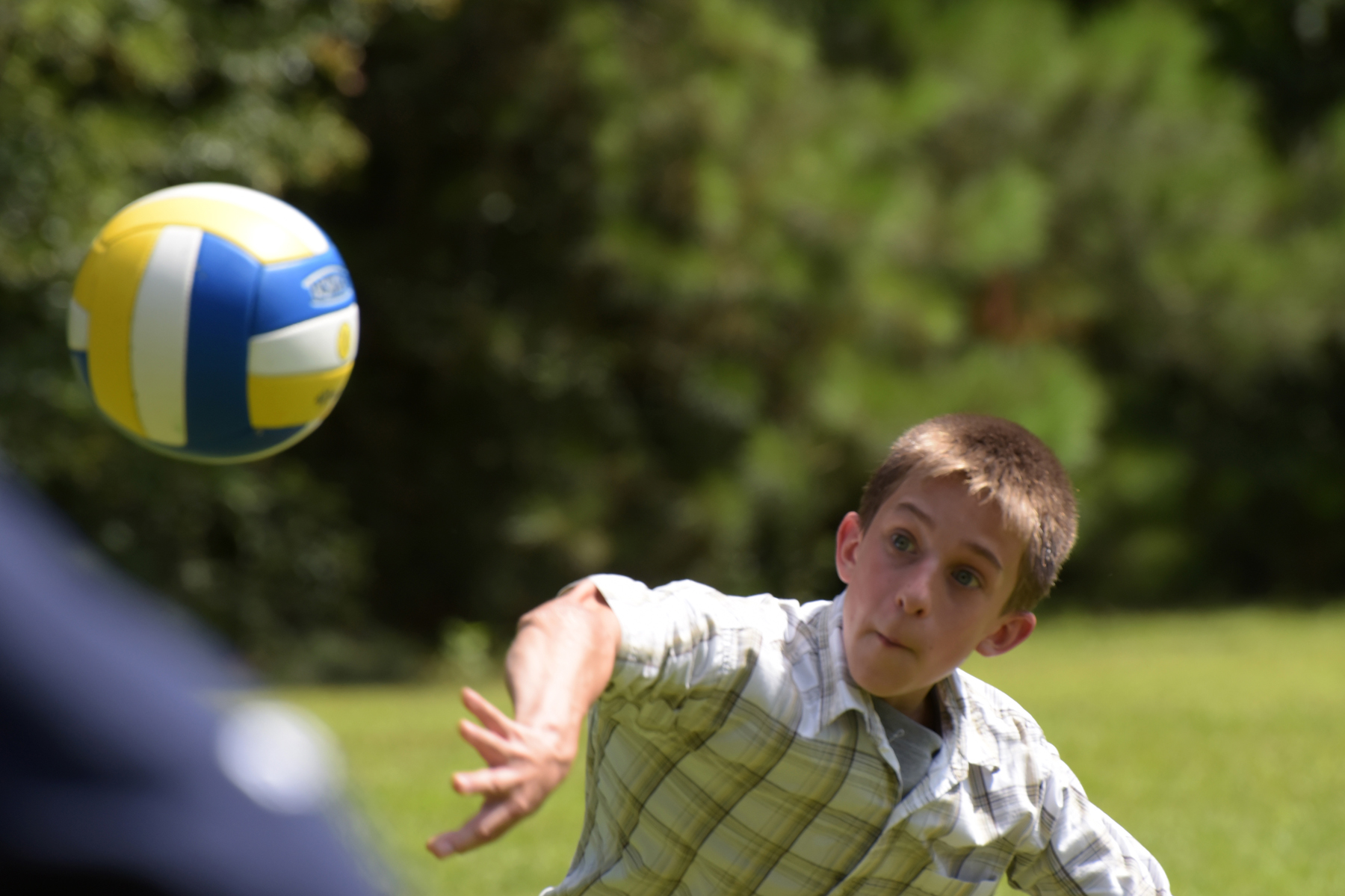 The theme of the camp focused on the glorious history of Catholic France. The ambience, conversations, and presentations revolved around France and her marvels: the beauty of Mont Saint Michel, the splendor of the Sainte-Chapelle in Paris, the castles and cathedrals. The boys heard about great Catholic leaders such as St. Louis of France, St. Joan of Arc, Charlemagne and Roland, St. Louis de Montfort and Georges Cadoudal. They learned all about the Chouans and Vendeens who fought valiantly against the French Revolution. They also heard about the horrors of the French Revolution. Along with the talks, many vivacious skits were performed.

The boys made an intense nine mile hike at the Homochito National Forest in Mississippi. They also worked in teams during the French Revolution-era-themed Treasure Hunt. Oh, cannot forget, they thoroughly enjoyed the many hours of outdoor games.

Taking a Stand as the Crusaders of Old

Halfway through the camp, the boys traveled to New Orleans to do a pro-life street campaign in front of the under-construction Planned Parenthood abortion clinic. Planned Parenthood plans to kill 4,000 babies a year at this location. 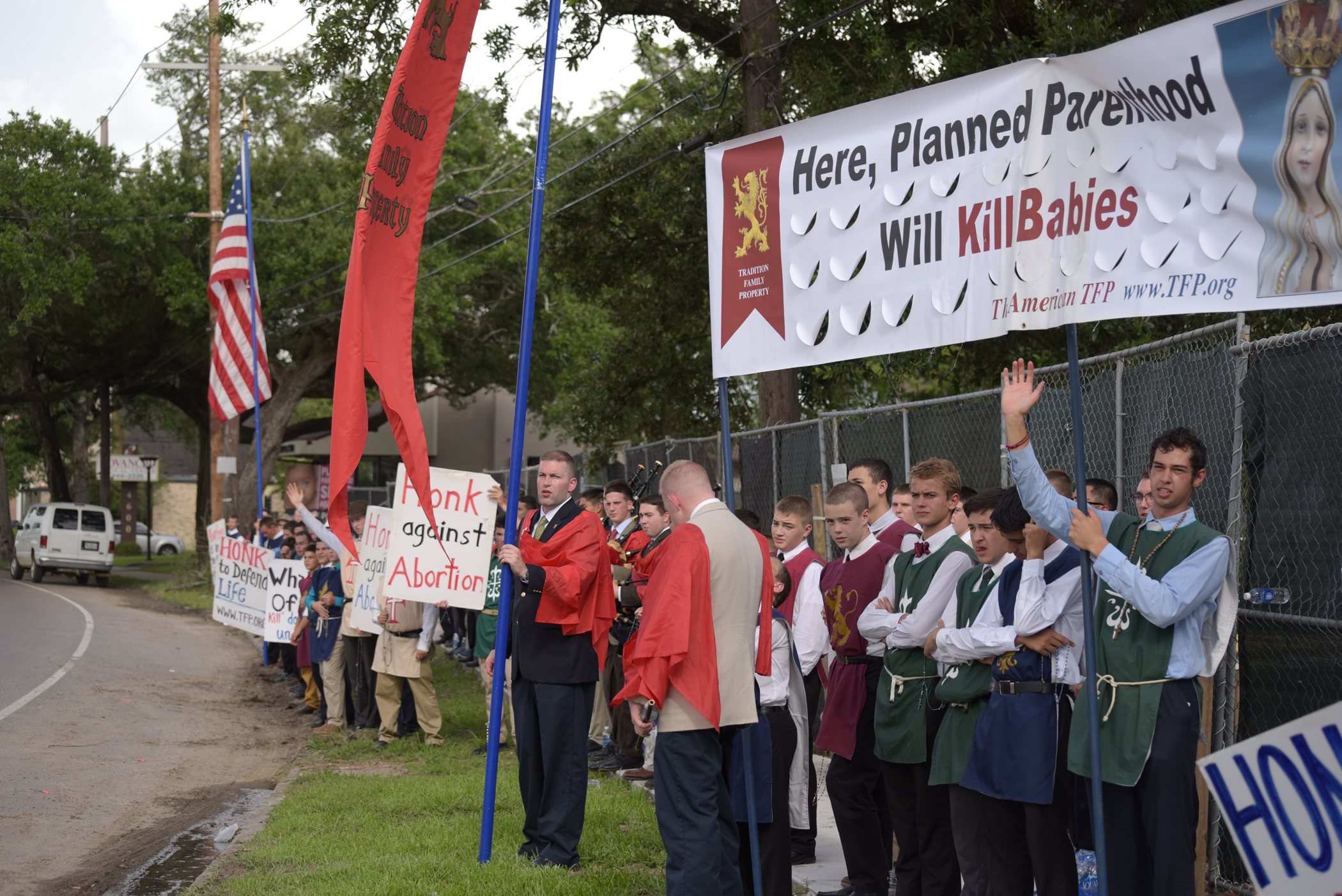 With spirits high and rosaries in hand, these boys took a public stand for the defenseless babies, while advocating and praying for the abolition of abortion. There was some pro-abortion opposition, but it was quite weak. Call to Chivalry Camp: 1, pro-abortionist: 0.

The trip to New Orleans finished with a meal fit for an army at Churra’s Brazilian Grill, where Brazilian barbecue was served. All enjoyed it and ate with the appetites of hardy Gaucho cowboys.

Repercussions about the Camp

The Call to Chivalry camp made a pilgrimage to the Shrine of Blessed Francis Xavier Seelos, a great apostle to New Orleans. While there, the camp was given a tour by Mrs. Elizabeth Fitzpatrick who, herself, was miraculously cured through the intercession of Blessed Seelos.

While talking to the boys she said, “After hearing the recent Supreme Court ruling on same-sex ‘marriage’, I became sad and disheartened. But now, seeing this group of young men, it gives me hope for the future of America. Finally! Young men who are Crusaders!” 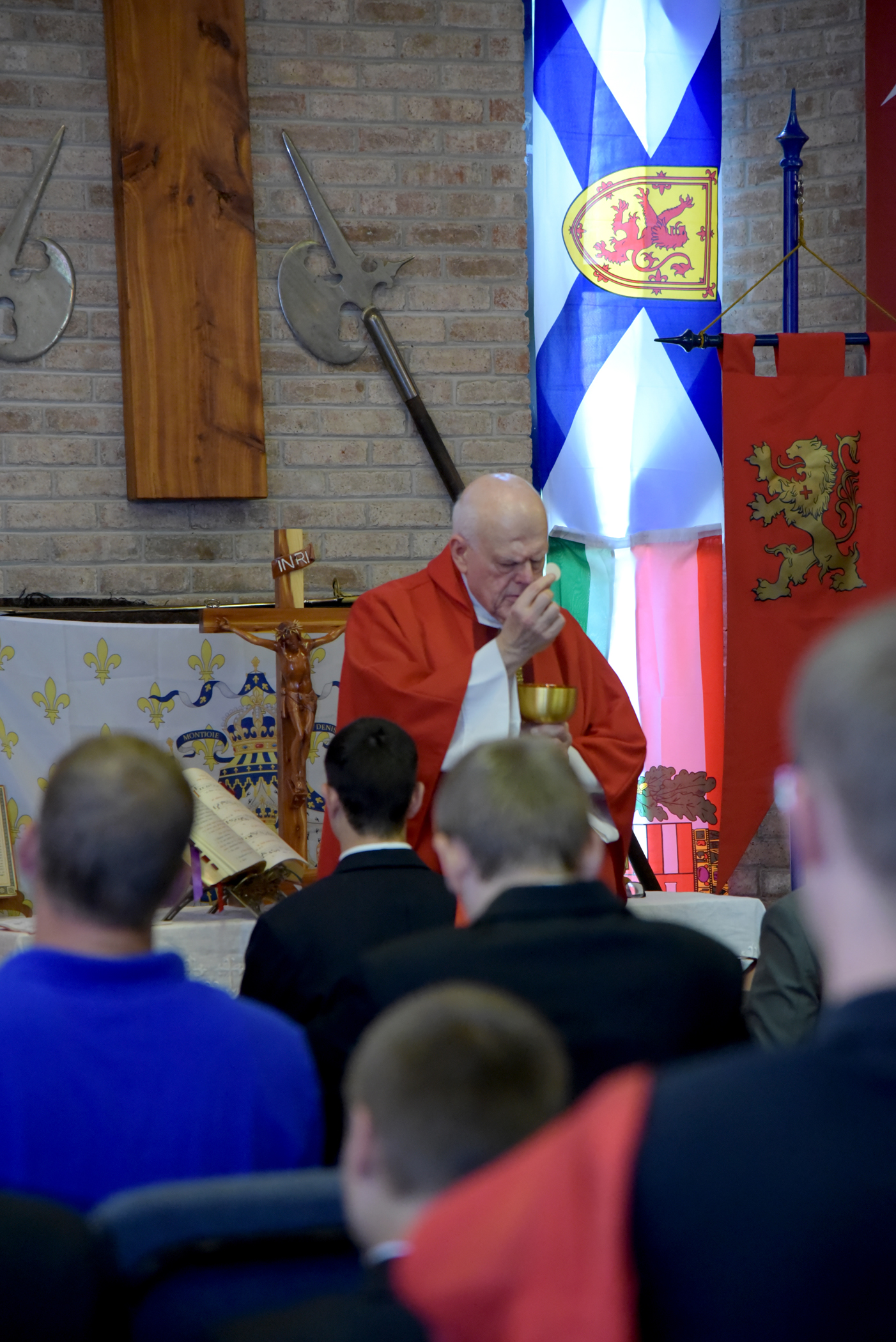 Contrary to what most think, there are young men today who do have a thirst for much more than sports, video games, or pleasure. In fact, comments from camp participants show the opposite:

“We must live for a higher ideal!” said Phillip Tooley from North Carolina.

When asked about his favorite talk, Steven Simpson from Louisiana responded, “I loved the talk on purity. This talk renews a fighting spirit that dulls down over time.”

Finally, young Matthew Johnson stated, “I love the order and the principles the TFP stands for. It is a strong rock in a turbulent river for me.” 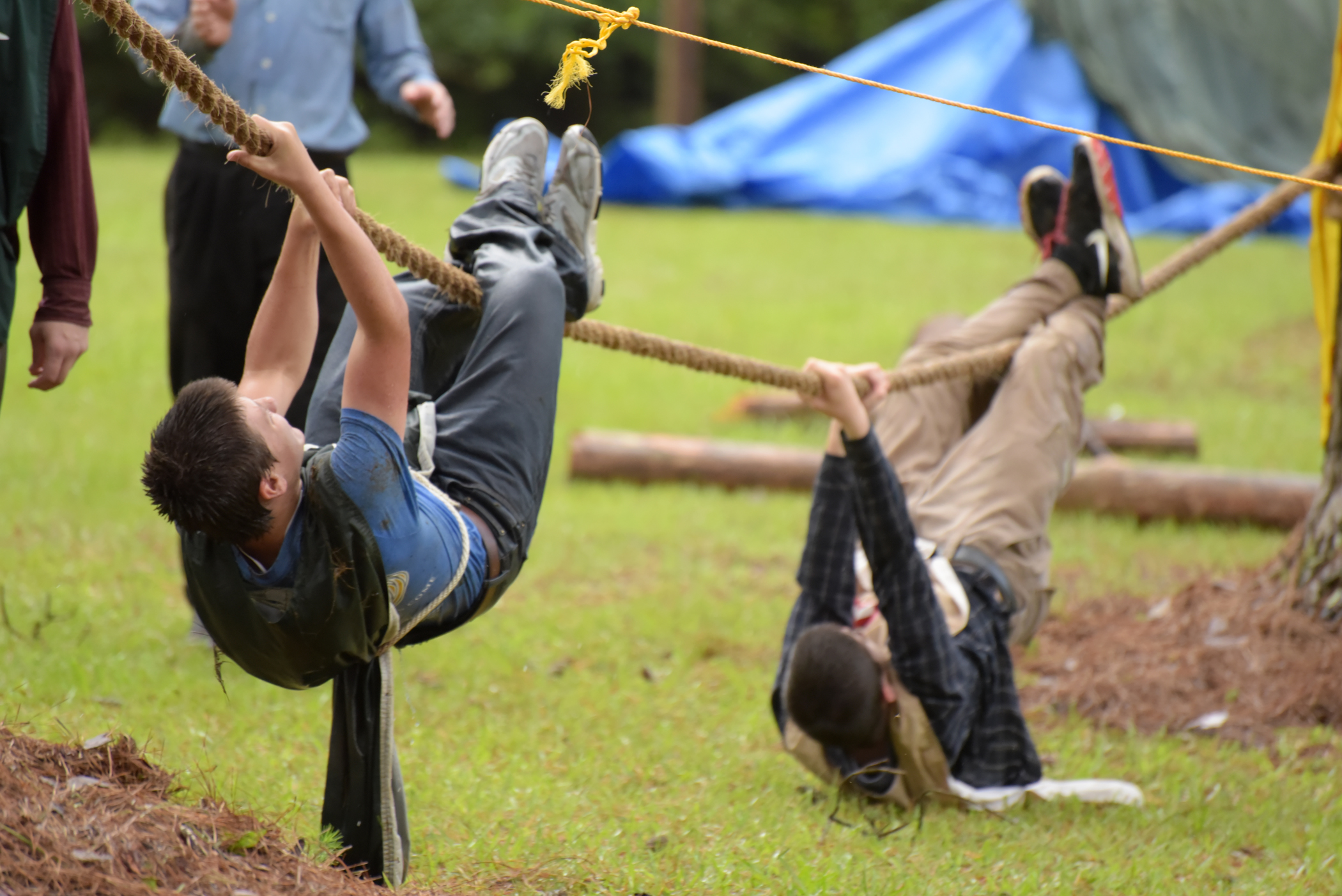 Love for Higher Ideals: A Common Thread Throughout the Camp

Startled by the sound of planes flying, sirens blaring and fireworks going off, a French paratrooper entered the scene dragging his parachute.

Assuring the boys all was well, the “paratrooper” pulled out a piece of paper with a prayer on it. The prayer was originally found on the body of a 19 year-old French Paratrooper who was killed by North Vietnamese Communists in 1954 at Dien-Bien-Phu. The prayer reads as follows:

Coming to a close, the camp ended with the customary Medieval Banquet. Towards the end, unexpected guests arrived: Cyrano de Bergerac, an 17th century cavalier who duels his worldly and hateful foe in a fight over incompatible ideals. As Cyrano defeated his adversary in a thrilling fencing match, the boys began to cheer.

Both the paratrooper and Cyrano embody the spirit of the boys at the camp: a love for higher ideals.

While so many teenagers today choose to live a life devoid of higher aspirations, the 2015 Call to Chivalry camp provided an atmosphere of virtue and camaraderie, which deeply appealed to the participants.

May Our Lady Queen of Crusaders continue to give graces to these young men to persevere in their love for noble Catholic ideals.