Few places rival the rugged yet majestic beauty of the Ozarks where TFP-Louisiana held its latest Call to Chivalry Fall Camp for young men and their dads.  The location of the camp, perched on the edge of the Buffalo River in the heart of the Arkansan Ozarks, was perfect for the five-day adventure.

While bald eagles soared in the open skies above and the pristine river flowed below, young camp participants learned about the chivalric deeds of holy knights who lived and served the highest ideals: God, Holy Mother Church and Christendom.

Unencumbered by the distractions of Wi-Fi culture, everyone was able to enjoy conversation without being tethered to smart phones or other electronic gadgets.  What freedom.  Like the majestic flight of the bald eagle which so aptly represents the most noble traits of the American soul, Catholic boys and dads gathered not for a vacation, but to soar higher and learn about Catholic history and those saintly role models who have the enduring ability to inspire men to embrace heroism.

For five brisk Autumn days, the camp schedule followed a manly routine:  Bagpipes sound morning reveille.  Shortly after, bedrooms are meticulously inspected.  The occupants of each log cabin cook their own breakfast.  Next, everyone forms outside for the raising of the flags.  Before the Papal, American and TFP flags, the Creed is sung in Gregorian Chant.  Talks, presentations, the recitation of the rosary, games and outdoor activities follow.

Meanwhile, between activities and talks, the dads are busy at the river despite a cold, driving rain.  If they succeed in their trout fishing expedition, there will be ample food for the Medieval Banquet at the end of the camp.  If not... well, one of the dads from Kansas brought venison.  But thanks to Saint Peter, patron of fishermen, seventy-five trout were soon reeled in and reserved for the special banquet. 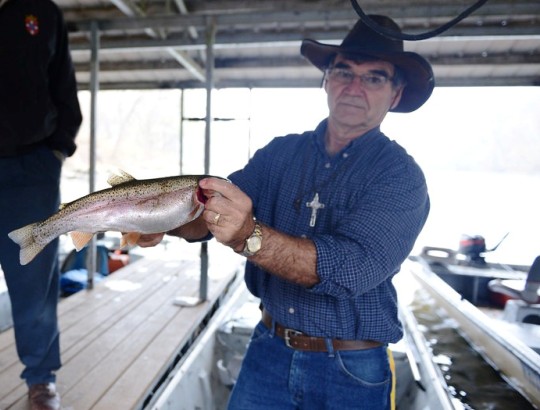 Keynote Talk: The Siege of Vienna 1683

One of the favorite talks delivered by Michael Gorre was about the Polish Winged Hussars and their heroic intervention at the Siege of Vienna.

As TFP-Louisiana president Thomas Drake remarked, "we live in increasingly dangerous times for the Faith. We hear about the sufferings and persecutions of Christians in many parts of the world. Through social media we can even witness the death of Christians killed by groups like the Islamic State of Iraq and Syria (ISIS). The glossy cover of the October issue of ISIS magazine shows the black Islamic flag flying over St. Peter's Square in Rome; inside are continuous statements of 'we will take Rome'.

In 1683 the same challenge to Christendom rang throughout the Islamic Ottoman empire. The sultan ordered his commander-in-chief to bring the Pope back to Istanbul in chains. The Pope at the time was Blessed Innocent XI. An enormous invasion force of 150,000 jihadists besieged Vienna, the gateway to the rest of Europe. Vienna was defended by only 11,000 men lead by an Austrian noble and the Archbishop of Vienna, a former army colonel.

"The Pope sent a Capuchin friar, Blessed Marco d'Aviano, to preach throughout Europe for a Christian defense force," explained Mr. Drake. "Many did not listen, but others did. And just as Vienna was about to collapse, a relief force lead by the King of Poland, the Duke of Lorraine and Blessed Marco d'Aviano arrived on... September 11."

This video depicts Blessed Marco speaking to the Christian troops before engaging the Islamic invaders in the largest cavalry charge ever seen till then.

Vienna was the high water mark of Islamic conquest of Christian lands. A holy Pope, a holy Capuchin friar, and "a few good men" held back what the liberal media today would proclaim as the "unstoppable march of history."

May God continue to inspire young Catholic men to answer the Call to Chivalry.  Like the knights of old, let us turn to Our Lady, Queen of Crusaders, and ask her to grant us all the necessary graces to defend the values of Christian Civilization at a time when the forces of darkness conspire to destroy it. 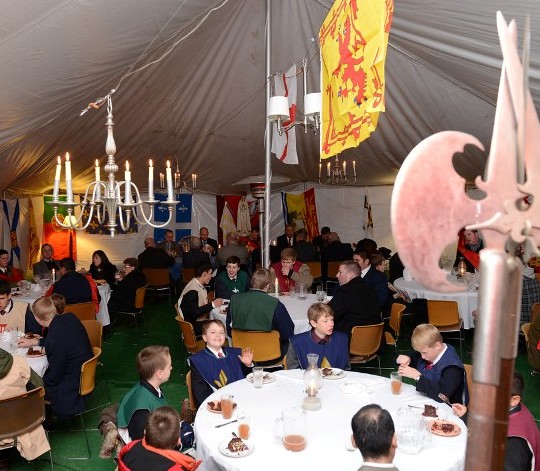