At the TFP Call to Chivalry Winter Camp, participants from New York, Florida, Illinois, Ohio, Louisiana and Pennsylvania focused on the theme The Glories of the Crusades during the week of New Year's Eve.  With carols, games, prayers and talks, the young men enjoyed a formative and serious Catholic ambiance that was a stark contrast to the world's artificial and selfish celebration of the New Year.

For the first two days of the camp, the boys stayed at the Saint Louis de Montfort Academy.  Waking up to the call of the Great Highland Bagpipes, each day began with the recitation of the holy rosary, followed by the singing of the Nicene creed and a hearty breakfast. Recent activities of TFP Student Action was the topic of one of the first meetings, and the presentation elicited great enthusiasm and many hopeful queries such as, "Can we go on campaign?"

For the New Year's celebrations, the camp moved to the TFP's headquarters in Spring Grove, Penn.  Here, good weather allowed the camp to enjoy some energetic outdoor games and afterwards participants listened to a talk on Saint Bernard and the Orders of Chivalry.  Another hero featured during the youth program was King Baldwin the Leper King.

All camp participants and TFP members, about 65 in total, gathered for prayer. The last minutes of 2015 and the beginning minutes of the New Year were spent singing the Confiteor, Creed, Salve Regina and Magnificat. In addition, the Consecration to Jesus Christ through Mary, composed by Saint Louis de Montfort, was prayed.

Then everyone hurried to the main building for a delightful repast:  French cheese, Italian panettone, delicious meat, and hot homemade cider covered the tables, awaiting the hungry and happy boys.  As the Spanish expression goes, "al ataque!," to the attack! Everyone enjoyed the night immensely.

Following Holy Mass on New Year's day, a delicious meal of boneless stuffed chicken was served and an incredible flambé dessert brought the day to a memorable close. 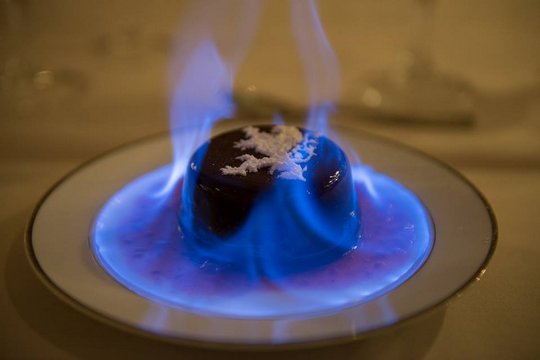 On the final day of the camp, participants were challenged to overcome the fear of heights by rappelling the Chickies Rock in Lancaster, Penn.  With a beautiful view of the Susquehanna River, the warm rays of the evening sun were a comfort against the numbing winds that blew atop the 180-foot summit, where boys as young as twelve stepped over the edge of a 150-foot cliff and bravely roped down with the guidance of professional instructors. Participants encouraged one another with cries of, "Youth was made not for pleasure, but for heroism!" The slogans echoed off the cliff face and out across the wide winding river.  It was an epic and unforgettable way to begin 2016. 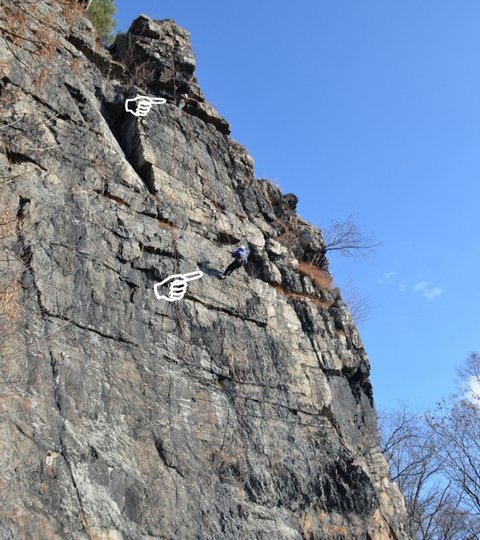 The Call to Chivalry Winter Camp was blessed with many graces from Our Lady.  Future days may bring trials and concerns, but for the participants, the glorious history of the Crusades shine forth as an example of Catholic heroism that will never grow old.   No matter the hardships that come, the Church will always have sons to protect and advance Her cause, through the intercession and prayers of Mary Most Holy.